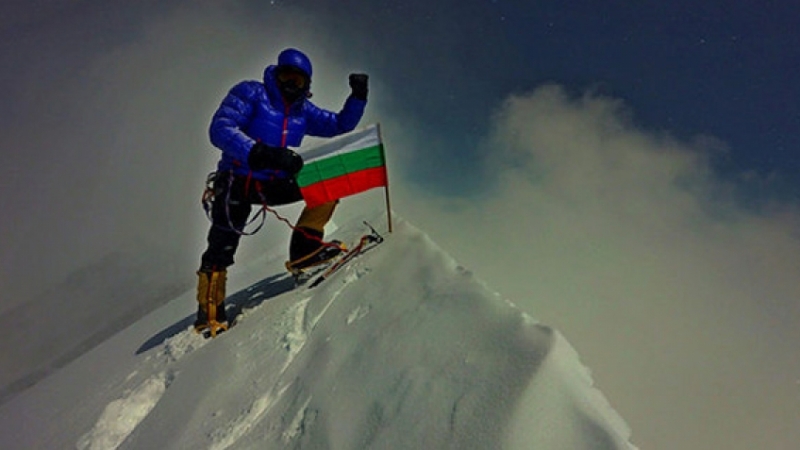 We're super happy to learn that our man Boyan Petrov has successfully summited Annapurna on his second attempt. The first attempt in mid-April had to be cut due to extremely strong winds.

“I am extremely happy to be known that my client as well as my friend BOYAN PETROV of Bulgaria made Annapurna-I summit today. Our Carlos Soria team and other climbers are heading up this evening.” Pemba Sherpa wrote in a Facebook message

With Annapurna on the list, Boyan is the first Bulgarian to have climbed 6x8000ers along with K2, Kangchenjunga, Broad Peak, Manaslu and Gasherbrum-1 (many of which are first Bulgarian ascends).

We’re proud to support his expeditions! Safe travels back home!

Read the whole article for the current ascend here.

” […] On the night of April 30th, three climbers launched the summit-bid. Russians left the tent at around 2:30 am, while Boyan delayed his departure till 03:45 am. Nonetheless, an hour into ascent, Boyan moved ahead of fellow climbers. Continuing the solo ascent in good sunny weather, Boyan says, he reached the base of the couloir that leads to summit at around 1200hrs local time. The Bulgarian climber estimated to reach the top within one hour. However, the couloir inclined at 50 degrees was full of deep, drifting snow. It took him two hours to overcome the section.

By the time he reached the summit crest, clouds were closing in. Boyan quickly turned left to reach the true summit. “Snow floated everywhere, didn’t have any view towards the south (due to clouds), but in the north, had some visibility to our BC.”, says Boyan