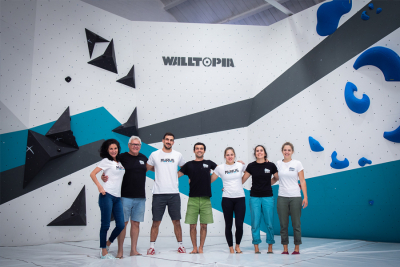 An interview with the owner of the latest bouldering gym in Portugal - just 262 m² (2820 feet²) but already making a big difference in their community.

Walltopia is often featured in media articles with a new world record or an impossible build in the Climbing or Entertainment industries. The chunky letters of their logo can be seen across climbing gyms, amusement parks, shopping malls, recreational areas, ski resorts, schools & universities, hotels and even military bases all over the world. The company has designed, manufactured, and installed more than 1800 projects in 76 countries on six continents. Some of its clients include brands such as National Geographic, DreamWorks, and Cirque du Soleil. No wonder people think Walltopia only takes on enormous projects. However, that is not the truth.

Walltopia’s team is passionate about climbing. Its mission is to promote the sport amongst children and adults and impact the lives of people and communities worldwide. This summer sport climbing will be included in the Olympics for the first time in history. No doubt, Walltopia has contributed significantly to the gain of popularity indoor climbing has had over the past decades. This overarching mission is the reason no project is too tiny for Walltopia. Regardless of the size of the gym, their designers and engineers proudly deliver complete solutions to their customers, taking care of everything – design, engineering, manufacturing, all the way to assembly, maintenance, and inspection. Walltopia professionals will always do it all to make an exceptional contribution to their client’s success – be it a 6000 or a 200 m² climbing gym – they deliver excellence on time.

This month the city of Porto in Portugal welcomed a new 262 m² (2820 feet²) bouldering climbing gym – MURUS. The owner, Esteban Molnar, told us about his project, and the story of the dream made a reality with the help of Walltopia. 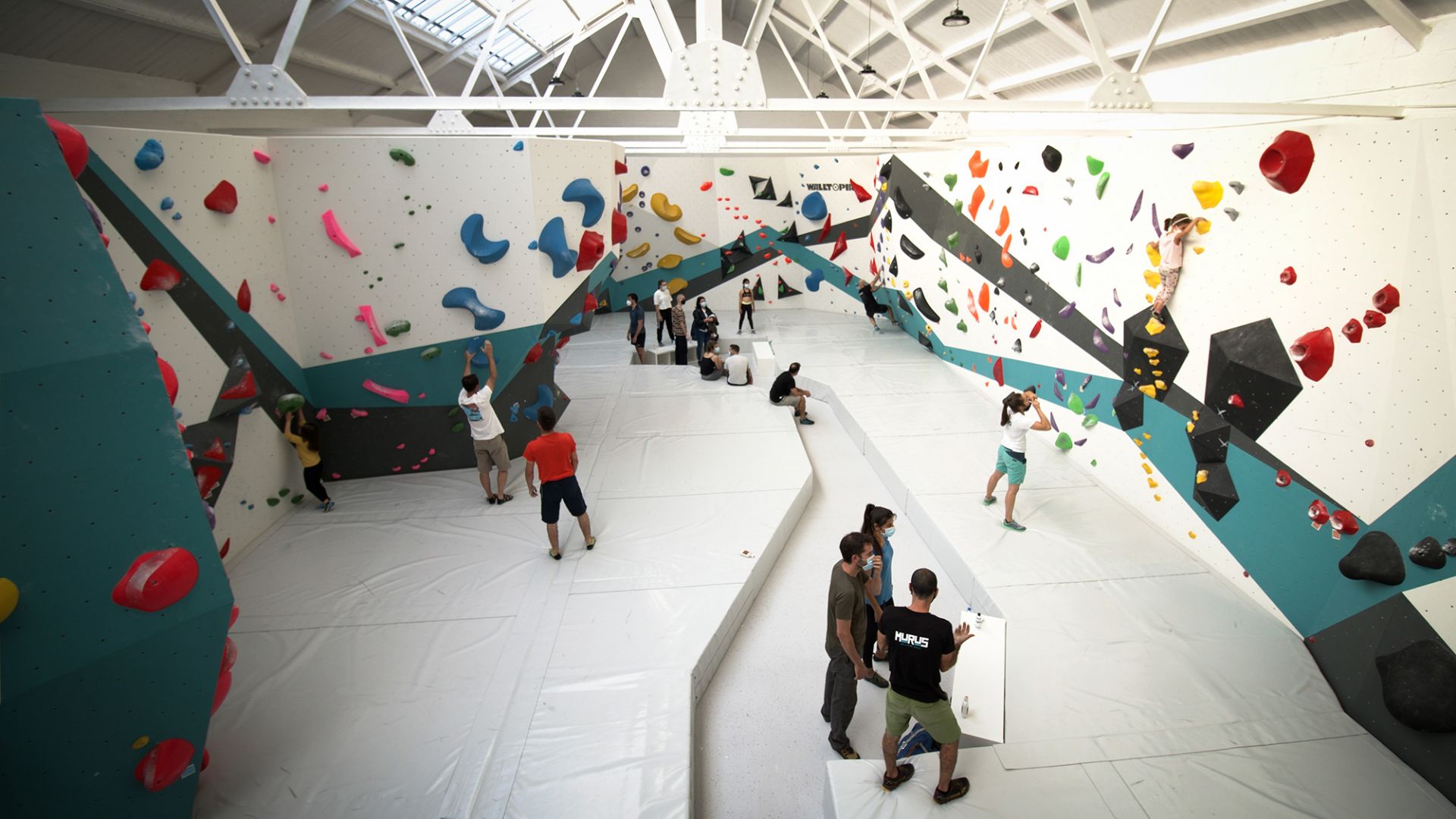 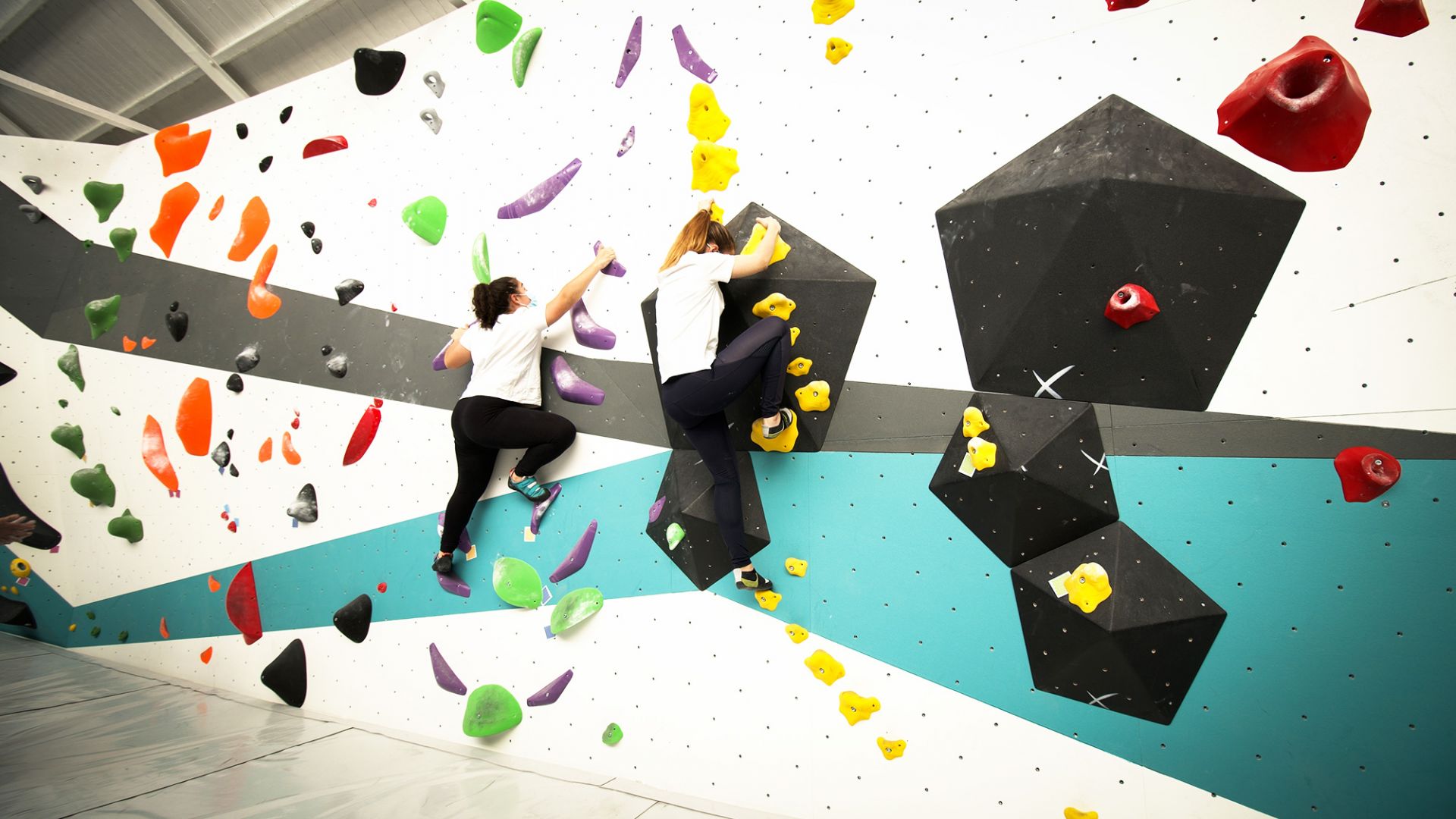 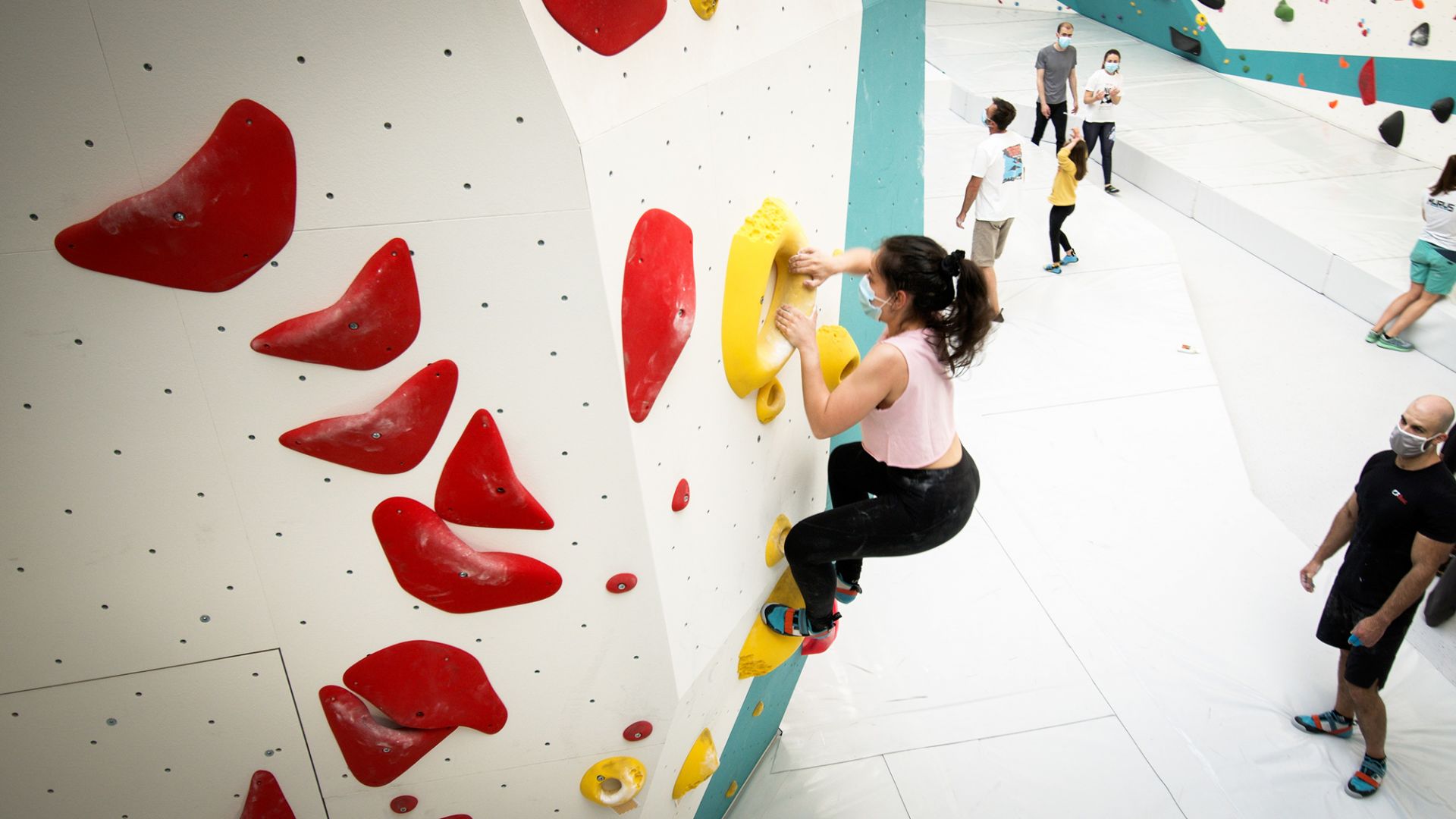 WT: Esteban, tell us a bit about how you ended up in Portugal.

Esteban: Several situations took place at the same time. I wanted to migrate from Argentina. My parents were from Hungary (both passed away last year), and I have dual citizenship, therefore the possibility of travelling to Europe under pandemia lockdowns. I fell in love with Porto when I came four years ago to visit my best friend from life here in Portugal. As I speak Spanish, English, and Hungarian, I looked at the different country options considering the language and cultural fit. I looked at Spain, Italy, Hungary, and Portugal (countries which I had visited priorly), and Portugal was the clear winner by far. The language was not a barrier as Portuguese has similar roots to Spanish. Portuguese people are incredibly lovely, friendly, and helpful (and Hungarian is too difficult for anybody who doesn’t learn it from early life ?).

WT: What were you going to do, and how did you end up setting up a boulder gym?

Esteban: My plan was to move to Portugal and look at business opportunities during my first year. I arrived in Lisbon on a Saturday morning in early November. The following day I had lunch with the daughter of my best friend from Argentina who works here and her boyfriend. I asked them what do they do during their free time, and they said some magic words: we climb! Then they told me about the incredible places outdoors near Lisbon and the excellent indoor bouldering/climbing facilities in Vertigo Climbing gym. That night I called my family back in Argentina to give them an update of my day and told them the story since my daughter was raised in a village in the mountains in Patagonia. She is a professional ski instructor and loves climbing, and I knew she was going to love it. By the way, she had plans and a work proposal to work in Austria as a ski instructor starting in December 2020, but unfortunately (or fortunately for me), the season and job opportunities were cancelled.

WT: Can you tell us how the process went?

Esteban: On Monday the following day, I was at 10:00 am at Vertigo Climbing facility talking to their owners Nuno and Tiago about how they do, their view about indoor climbing in general, and Portugal in particular. Tiago told me he was to Patagonia earlier in the year and had to come back only after his 4th day due to the Covid situation and before borders were closed. So we had good chemistry and had a lovely chat. That night I updated my family again over the phone about my day. I asked them how they would feel about setting up a facility in Porto since there is only one that just opened. I believed there is place for more, given the industry growth, and it seemed to be an exciting opportunity. On Wednesday, I went to Porto, and on Thursday, I already picked the location where the boulder is now being finished. Just 10 minutes from Porto downtown in the core of Vila Nova de Gaia, Porto’s twin city just crossing the famous Douro river.

WT: Why did you choose Walltopia?

Esteban: Because of “all of the above.” I wanted to build a “best in-kind” facility, not necessarily the largest. It had to be in a prime location with the best walls and the best services. I looked at Walltopia and several other world-class options. I decided on them due to their quality, responsiveness, price, customer service, lovely and kind people, and many more… In addition, we made a perfect “chemistry” match with the Vertigo people who indeed are counselling us through the whole process with all the insights of Portuguese business and cultural practices.

WT: What was it like to work with Walltopia?

Esteban: Trying to pick a word to describe Walltopia, I came up with one: astonishing!!! From the very beginning, We had the best dialogue. They were responsive at any doubt or request and had a very competitive price even though we were at one of the farthest points in Europe from Bulgaria. Their process with the Murus’ team was flawless, and they always delivered well above promised times. And just a grapevine side story to describe their building team: our facility is in a warehouse compound where many different businesses are already functioning. Business owners and their employees around us were able to see the construction setup and process. When the Walltopia assembly crew of 3 people arrived and started working, they were named “The ninjas” as nobody could believe the organization they had: coordination, speed, dedication, teamwork, and any other word related to great work. And also great and friendly people.

“I am a very happy person with all of the process and the result, Walltopia being the best and the biggest part of it.”

23 years ago, two best friends, passionate rock climbers, decided to start making climbing holds in a garage in their hometown Veliko Tarnovo in Bulgaria. This small initiative evolved with hard work and dedication to become the manufacturing company that designs and produces the best climbing walls in the world. Their passion for science and technology, their ambitious nature and their focus on constant development and innovation helped them grow Walltopia exponentially and make it the world leader in the Climbing industry.