Junction Climbing – from dream to reality 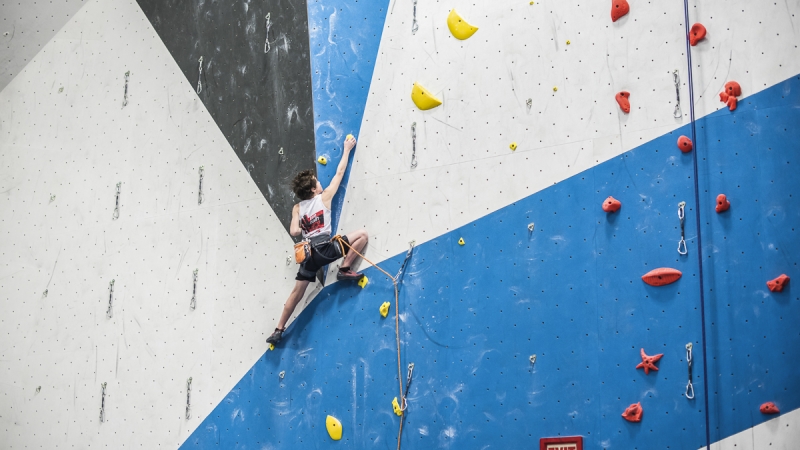 This is the starting point for many of the climbing gyms we know. Sometimes there is no good climbing gym in the area, sometimes there is one but it is just not enough to serve the community, sometimes you just think you can make it better. Or, you know, you just believe the 9-5 job has served you well till now. And now it is time to start nurturing that idea of yours, make it a dream and then a project.

Inspired by the story behind every climbing gym and the lessons along the way, we’ll start a series of short interviews with gym owners to explore the driving force behind their decision to create and run a climbing gym.

Today we’ll introduce you to John Kudelka from Junction Climbing. A gym we feel particularly close to as we got to witness the numerous struggles and battles team Junction had to fight in order to make it happen. They proved that if you believe strongly in something and work hard for it, everything else will eventually figure itself out.

WT: Do you remember how you first got the idea of owning a climbing gym? What brought you there?

John: I had worked for a number of entrepreneurs and saw the success that could be achieved by owning a business instead of working for one. I wanted a business that would be a hub of community and activity, positively contributing to the world instead of taking from it. I wanted a business that would avoid the traps of managing inventory, seasonal traffic, or waiting for payment. I had worked in the outdoor industry and had seen climbing move from the fringe to the mainstream. Our city did not have a climbing gym when other smaller ones did. I knew that if I could make it happen it would work. Sitting in a favorite restaurant with my wife I put forth the idea and she immediately agrees it was a great path.

WT: What has been the hardest challenge along the road from dream to reality?

John: The hardest thing was trying to work on all pieces without knowing which would play out and in what order? Do we put in an offer on a building not knowing if we can get it rezoned? How much do we ask the bank for when we don’t know yet our final design? How do we hire staff without knowing exactly when they will start? We took some big risks, and most of them paid off.

WT: How did the night before the official opening look like? And then, how did the next big day feel?

John: The night before was frantic! We were still installing flooring and setting holds! The next day was a blur. Constantly greeting, belaying, touring people about. When it was all done all we could see was a bright future, the work and stress of getting it built were gone.

WT: Looking back, would you change something?

John: Sometimes small details would get talked about and then brushed over as we focused on what seemed like larger things. Then when the time came, we’d wonder why we didn’t do that thing we’d once talked about it. Also, get a bookkeeper early.

WT: Any advice for people who are thinking to follow your path?

John: Keep working at it. Too often what stops a gym from happening is that people give up, not that the obstacles can’t be overcome. Also–the gym you dream of may be different than the gym you can do–building constraints, funding, zoning–all may force a different outcome. Owning any gym is better than owning no gym, and it can be a springboard to greater things. Lastly–get a bookkeeper early. Knowing where you spent every dollar can be vital down the road.

WT: In three words, what does owning and running a climbing gym mean to you?