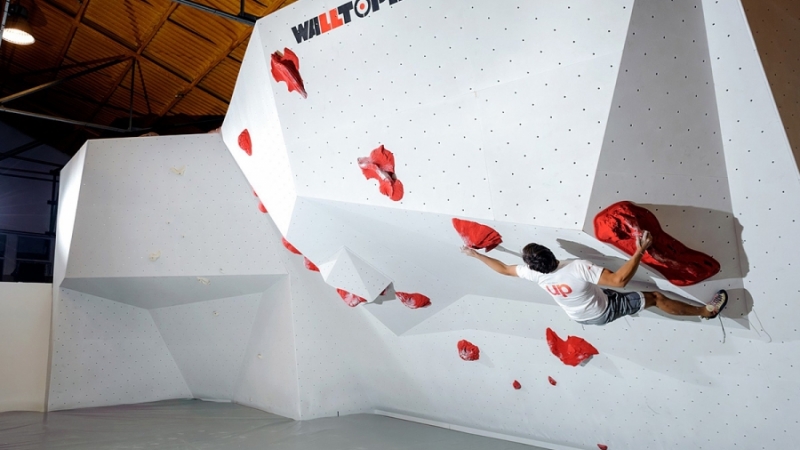 Walltopia is proud to announce the launch of an open international design contest with potential to change the direction of the climbing industry.

The Harmonized System has the ambition to revolutionize the climbing industry by offering a mix-and-match modular system of climbing walls (lead, top-rope and boulders). The company’s ultimate goal is to prove that a single system, with a fixed set of elements, can allow thousands of climbing wall design combinations for people to climb on, then share notable routes on a global network.

The system brings a healthy dose of standardization both in t-nut grid, panel shape, size, and angle, which provides an opportunity to set routes that can be replicated around the world. The beauty of harmonization is that it achieves this standardization without limiting the design and individuality of the walls.

The prize pool amounts to 60 000 EUR divided evenly in two main categories – boulders and top-rope/lead walls. In each category there will be five awarded projects. Final selections is left in the hands of a world-known jury comprised of some of the most influential climbers, gym owners, route setters and climbing organizations from around the globe.

Walltopia will be announcing the jury members throughout the entry period. Names that are already known are Ivaylo Penchev, Walltopia CEO and co-owner, Chris Sharma, one of the world’s best rock climbers, Jeff Pedersen, President and co-founder of Momentum climbing gyms, and Vasil Sharlanov – Head of Walltopia Architecture & Design department.

Among the major benefits the Harmonized System will bring are:

The deadline for submission is set for May 13, 2015. There is a Q&A webinar session planned with date to be announced soon. Participants are encouraged to send questions via email at comp@walltopia.com

All submitted projects will be filtered by a technical committee lead by Vasil Sharlanov, and if technical requirements are met, will be evaluated by the jury.

The awards ceremony is planned for late May. Date & venue to be confirmed soon.