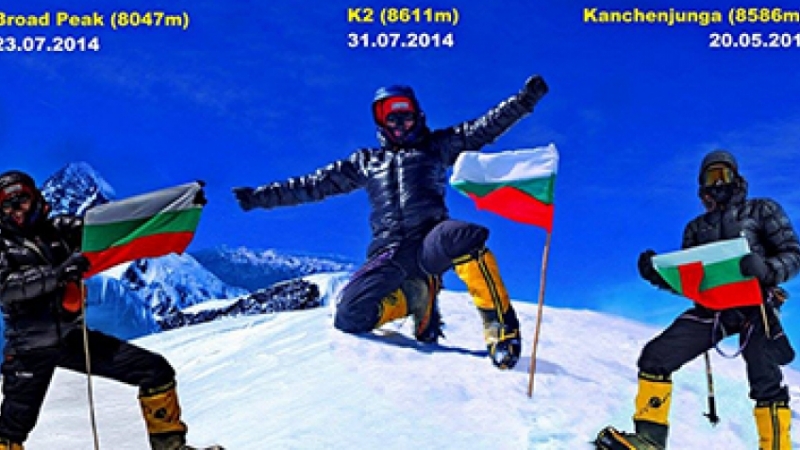 We are proud to be one of the title sponsors of Boyan Petrov's current expedition in the Himalayas - a part of the 14x8000 project. No Bulgarian has ever been to all 14 peaks over 8000 meters and Boyan aims to be the first one - without the help of additional oxygen.

After we supported Boyan’s expedition last year, when he climbed three 8000s in one season (Kangchenjunga (8586m), K2 (8611m) and Broad Peak (8047m)) and became the first Bulgarian to set foot on Kangchenjunga and K2, it was natural that we keep supporting his efforts in the 14×8000 project. He is currently in Anapurna Base Camp acclimatizing in great condition. We wish him good luck and have our fingers crossed for longer windows of good weather up there.

P.S. We have serious doubts whether he’s a human being or alien because last year he climbed both K2 and Broad Peak in 8 days without additional oxygen!